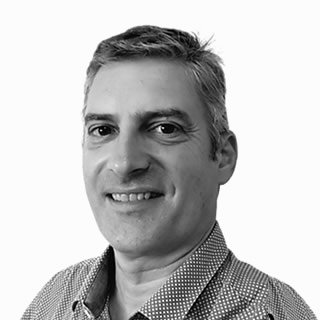 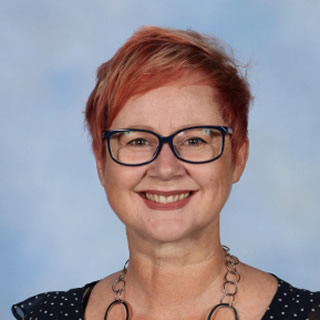 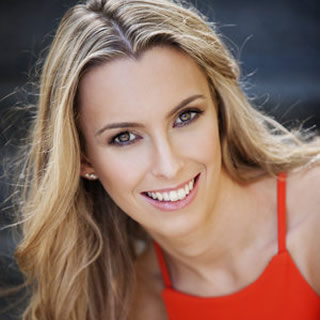 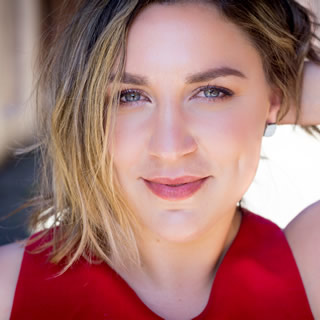 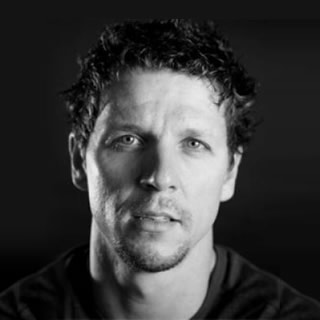 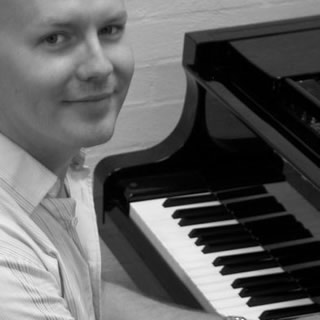 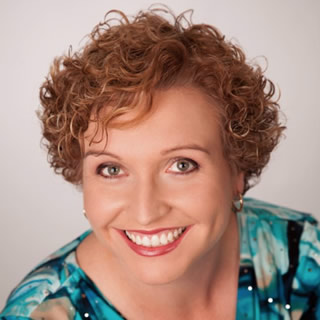 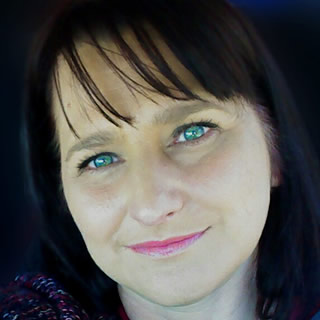 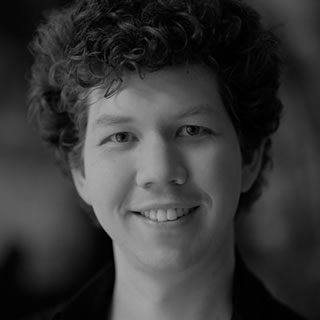 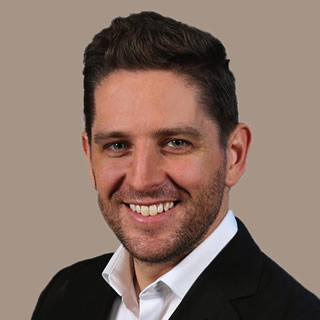 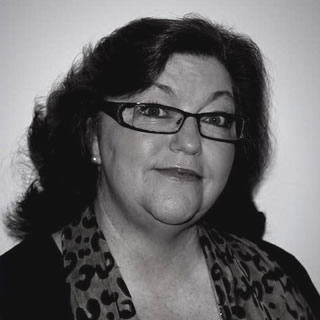 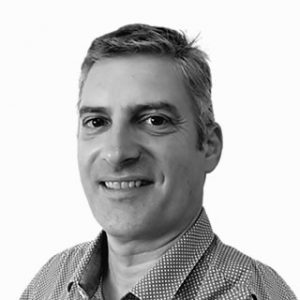 Paul Kucharski was born in Ohio, USA and re-located to Australia in 1994. He holds Graduate Diploma of Learning and Teaching from USQ, a Master of Music degree and a Performer’s Certificate from Indiana University, and a Bachelor of Arts in Music degree from the University of Kentucky. Paul is a multi-instrumental teacher with Education Queensland, a frequent adjudicator and clinician, and is currently Treasurer of ABODA Queensland. He enjoys performing in, and composing for, a variety of genres, including concert bands, jazz ensembles and chamber ensembles. Paul also enjoys playing electric bass in Bird Dog Blue, a blues and roots band in Brisbane. 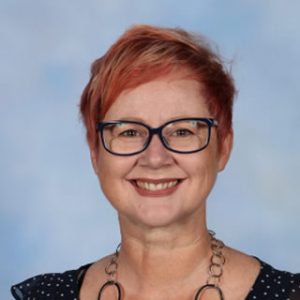 Kate Albury has a reputation as a dynamic and sensitive choral conductor.  Along with her degrees in Music and Masters in Choral Conducting, she counts her years as Choral Director at Brisbane Grammar School as invaluable in fostering her passion for conducting choirs.  In addition to her school choirs, Kate has conducted choirs for the Celtic Connection Chorus and the Qld Conservatorium of Music.  Most significantly, she is regularly invited to join the elite conductors from around Australia and overseas to be part of the Artistic Team of the National Gondwana Choral School.

Since July 2016, Kate has been the Head of Faculty for the Creative and Performing Arts Department at St Patrick’s College, Shorncliffe.  In this time, she has built the choral program in both numbers and reputation.  Choral membership at the Catholic boys-only school has grown from twelve in number to over eighty, with all choirs receiving Gold Awards at the most recent Qld Catholic Colleges Festival.  In 2020 Kate is conducting the Secondary School Vocal Ensembles for the State Honours Ensemble Program (SHEP) in Cairns and Toowoomba.  Her greatest passion is to encourage young people to be involved in Choral Music, and she is thrilled to return to the Gold Coast Eisteddfod, to witness once again the outstanding performances of the Gold Coast school programs. 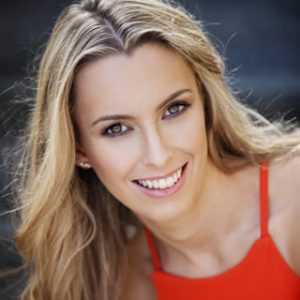 Aimee is a versatile dancer & well-respected teacher in the Australian Dance Industry. She prides herself on her strong work ethic & passion for her art form which has afforded her many opportunities across different facets of the dance industry.

Aimee has trained under the guidance of, & assisted some of Australia’s most well-respected choreographers, & the knowledge they have imparted has allowed her to create a fulfilling career for herself as a Ballet Teacher, Pilates Instructor, Performer and Adjudicator.

Early in her career Aimee was afforded the opportunity to assist Sarah Boulter with her choreography on hit TV show ‘So You Think You Can Dance’ Australia & UK. She was also selected from her Fulltime cohort to perform at the Sydney Opera House in ‘My Mutation’ choreographed by Kelley Abbey.

Aimee’s passion for Contemporary dance found her a place in Contemporary company ‘YouMove’ directed by Kay Armstrong, where Aimee enjoyed the opportunity to work with renowned choreographer Anton.

It was after a late-night game of charades in which Aimee posed as a very convincing cat that she was cast in Phly Crew’s first show. With an eagerness to give something new a try, & an ability to flex the funny bone, Aimee quickly earnt a place as a core member of the beloved comedy, hip hop group & now holds a position as their event coordinator in addition to performing. Aimee has been a featured performer in all three theatre shows & was a part of the group who earnt a place in the International finals of ‘World of Dance’ in 2017 & the Grand Final of ‘Australia’s Got Talent’ in 2016.

Aimee continues to explore different opportunities within the dance industry to grow as a performer & teacher. She finds the most satisfaction in being able to make her audience & students feel the same amount of joy in dance as she does. 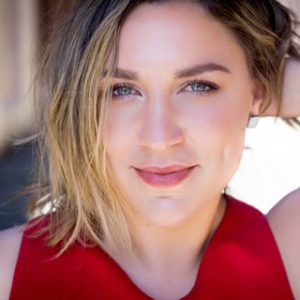 Freya teaches at many training institutes across Melbourne as both a faculty member and guest teacher including: VCA Music Theatre Bachelor, Spectrum Dance, ShowFit, Transit PA and Transit Origins. Freya has extensive experience as an adjudicator for competitions around Australia including Follow Your Dreams Nationals, Jump Nationals, Southern Federation, Casey Competitions Scholarship and Dance Off Challenge. Freya loves being involved with providing platforms and opportunities for dancers to learn and perform. 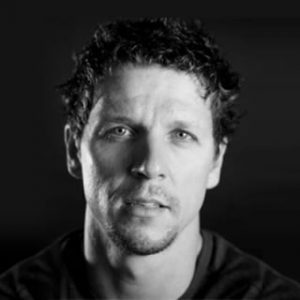 Nathan has worked within the entertainment industry for over 3 decades. Starting in film and television as a young actor.

This lead Nathan onto continued work in theatre at home in Australia & Internationally.

Theatre credits: Conrad Jupiters Casino, Original cast member of Dein Perry's Tap Dogs. Starred in the original cast of 'Shout' the musical Australian Tour. Cast member of Mamma Mia at the Lyric Theatre Star City Casino Sydney (role of “EDDIE”). Original cast member of Billy Elliot the musical. In the year 2000 Nathan was the assistant to Dein Perry for Opening of the Sydney 2000 Olympic Games and worked with Kylie Minogue closing ceremony of the Olympics choreographed by William Forsythe. Created and Directed the national tour of his own concept show BPM beatsperminute and Co-Directed Tap Works at NIDA.

He has worked at Australia Zoo as a presenter and entertainer. Australia's Wonderland-Warner Bros Movie, World-Disney Tours Australia/New Zealand,Royal Caribbean Cruise Lines, The QE2 and many corporate shows and launches throughout Australia and overseas.

Most recently, Nathan has been appointed tap trainer for the up coming 10 year anniversary tour of Billy Elliot the musical and continues to work for ED5 international in Sydney as a talent scout and teacher for their Diploma course in Performing Arts.

Nathan has been appointed as a national and international adjudicator for over the past 10 years.

Nathan has a wealth of experience within the entertainment industry with a career expanding over 35years. 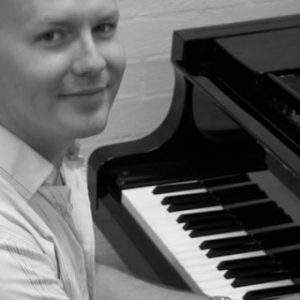 Dr. Mark Griffiths has established a distinguished portfolio career in teaching, examining, adjudication and research. He is a graduate of Queensland Conservatorium Griffith University, where he has been a tertiary and pre-tertiary lecturer for over twenty years. His professional activities are informed by ongoing reflective practice with cohorts from early childhood to postgraduate level. His current focus areas are piano teacher training, one-to-one piano pedagogy and group teaching. Mark’s doctoral research, completed in 2017, investigated pedagogical strategies used to foster expressive performance skills within pre-tertiary pianists. His research interests lie in reflective practice, expressive performance, one-to-one pedagogy, gesture, movement analysis and teacher identity. An influential clinician, Dr. Griffiths has led piano masterclasses in Queensland and Victoria. He speaks at pedagogy symposia and adjudicates competitions and eisteddfodau across Australia. 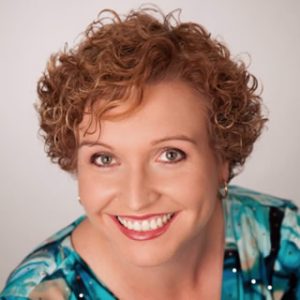 Olivia has, for 25 years run a successful theatre school where thousands of children have been trained in speech, drama, singing and dance.  Her past students are employed all over the world with some playing lead roles in Australian musicals and theatre.

She holds an Associate and Licentiate from Trinity College London and has been involved in the Eisteddfod community for thirty years.

Olivia has extensive experience in many genres of the performing arts and enjoys using her knowledge and skills to help and encourage Eisteddfod performers.  She works hard to ensure her reports are positive, encouraging and constructive. 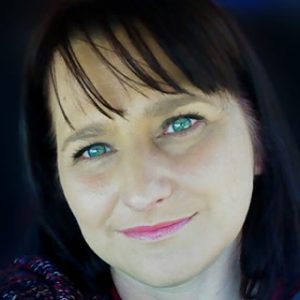 Tricia has over 20 years’ experience in the performing arts and is a specialist voice and drama teacher. Tricia shares her knowledge with young people and professionals as a consultant and tutor in the corporate sector and at Performing Arts Academies and Private schools. She is currently devoted to her role as Children’s Program Manager at Perform Australia which includes areas such as oversight and development of curriculum in the children's programs, teacher training and mentoring. Her experience and skills range from teaching, curriculum development, writing, producing, directing and adjudicating through to stage management, singing and acting performance.  Her students have enjoyed success in amateur and professional performance arenas including, musicals, music performances, circus, plays, television shows, commercials and feature films. They have also successfully auditioned for entry into tertiary study of performing arts at leading institutions including QUT, VCA and WAAPA.   Tricia attained her teaching qualification from Trinity College London in 1990 and since then has lead hundreds of students through the external examination process from initial grades through to performance and teaching diplomas in Musical Theatre and Speech and Drama. She also a Certificate III in Performance (Acting) and a Certificate IV in Acting for Stage and Screen. Tricia comes from a family of outstanding musicians and performers and is passionate about sharing the life applicable skills that the performing arts offer. 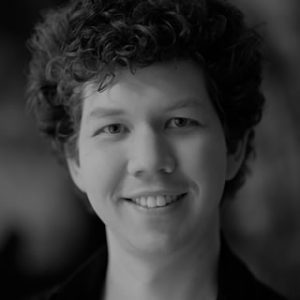 Christoph Blickling was born in Germany and moved to Australia at the age of ten. He began cello lessons at the age of four. He has been a prize winner of numerous competitions throughout Australia including the Queensland Concerto Competition and the Piatti Prize.

After completing his Bachelor of Music at the Queensland Conservatorium Griffith University under the guidance of Professor Markus Stocker, Christoph furthered his music education in Prague, Czech Republic, with Professor Miroslav Petraš. In 2009, Christoph received his Postgraduate Diploma at the Hochschule für Musik Franz Liszt in Weimar, Germany, studying with Professor Tim Stolzenburg. At the same institution Christoph completed a Postgraduate Studies in Advanced Music Education in 2010.

Christoph has been a member of many ensembles and orchestras including the Staatskapelle Weimar (State Opera Orchestra Weimar, Germany). Christoph has participated in national and international tours and has given concerts both as a soloist and chamber musician playing alongside renowned musicians. In addition, he has a passion for passing on his musical interests to children. Together with his wife, internationally acclaimed pianist Dr. Suzanna Hlinka, Christoph has performed in concerts around Europe, Asia and Australia and has released two CDs. Furthermore, Christoph was co-founder and artistic director of Eloquenz Concerts in Germany.

In 2015, Christoph moved to Sydney to work as a lecturer at the Australian Institute of Music (AIM) and the Academy of Music and Performing Arts (AMPA). In 2017 Christoph was appointed Program Leader of Academic Support at AIM. Since 2019, Christoph is based in Brisbane where he is teaching Cello at the Young Conservatorium Griffith University as well as working at various private schools as a Lower Strings Specialist. 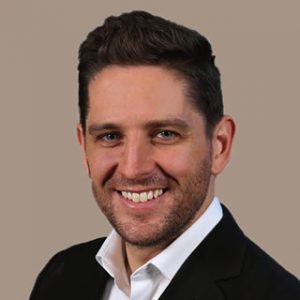 Gordon Hamilton is a composer, conductor and broadcaster.

He studied under Nigel Butterley at the University of Newcastle and has since composed for ensembles in Cologne, London and including the Queensland Symphony Orchestra,

After freelancing for five years in Germany, he became the Artistic Director of The Australian Voices in 2009. In 2016 he conducted the Queensland and Manilla Symphony Orchestras and a BBC Prom.

He received first prize in the Coral Gables Congregational Church Florida 2006 Composition Prize, has won as many International awards including the Luxembourg Sinfonietta Composition Prize in 2007. For his work with hearing-impaired children, he was presented with a Community Champion Award in 2011.

Gordon is also a creative sound designer and radio producer. He has produced recordings of the Royal Concertgebouw Orchestra and London Symphony for the ABC, sound designed the RiverFire fireworks for the Brisbane Festival, and composed for three plays at La Boite Theatre Company. 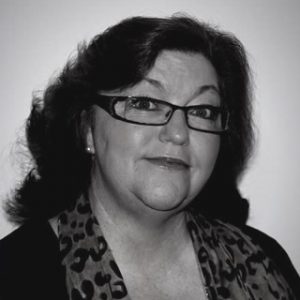 Debbie comes to us with a wealth of experience.

Having trained at The Australian Ballet School in Melbourne, Debbie has also studied in Russia, London, Europe & America.

With a passion for Musical Theatre, Debbie made her professional debut in the musical "A Funny Thing Happened On The Way To The Forum".

She regularly has been invited to Guest Teach in Japan where she is the Patron of a Ballet School in Okayama.

Debbie has enjoyed adjudicating the Young People with Disabilities at GCE for the past couple of years and loves to share her passion for Performance & encourage the up & coming youth of tomorrow.