Empowering youth of the Gold Coast community in their cultural development

The Gold Coast Eisteddfod Foundation (GCEF) commenced in 2017 with the charitable purpose of advancing culture by:

GCEF is a not-for-profit company with designated gift recipient status (all donations are tax deductible).

GCEF seeks to empower cultural youth development through our support of the GCE and by sponsoring local youth through our awards program.

The Gold Coast Eisteddfod Foundation was established to provide financial assistance to performers to support their cultural development.  Cultural performers include individuals, groups, dance studios and/or schools in musical, theatrical, speech and other cultural performances.

Applications are invited from cultural performers residing in the Gold Coast Community.

What cultural performers are funded by GCEF?

GCEF’s purpose is to shape a community where cultural performance continues to thrive.  In support of this GCEF provides financial assistance to cultural performers that relate to one of the following priority areas:

The Awards program will be announced shortly.

The GCEF seeks to attract tax-deductible donations and to raise funds through community fundraising activities to advance culture in the community of the Gold Coast. 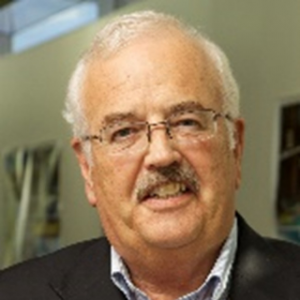 Kerry is the current Chairperson of Gold Coast Eisteddfod Foundation and is a Member of the Bond University Community Council.

Kerry was the previous chair and founding director of the Gold Coast Eisteddfod (previously known as Tropicarnival). Kerry was awarded Gold Coast Citizen of the Year 2010 and the Gold Coast Keys to the City 2011. He has held appointments as Chairman, Australia Tourism Export Council (ATEC), Gold Coast Arts Centre (now HOTA) and Events Management Qld; Deputy Chair, Tourism Events Qld, and a Director of Gold Coast Tourism (Honorary Life Member). He was instrumental in establishing the Quality Inn accommodation group in the Gold Coast, Solomon Islands, Fiji and New Zealand and initiated the international tourism markets out of Japan and S/E Asia to Australia. Kerry has held positions with the Australian Bureau of Statistics, stockbroking, and merchant banking in Brisbane, Toowoomba, Mackay, and Sydney and is a Member of the Australian Institute of Company Directors (AICD). Associate Professor Deborah Delaney is an active researcher, educator and adjunct with the Department of Business Strategy and Innovation at Griffith University and works with Monash Online in their MBA program. She has held senior leadership positions at the University of Tasmania and Griffith University and has extensive experience as a Chartered Accountant in auditing and financial reporting in Australia and the United Kingdom.

Deborah offers expertise in the areas of corporate governance and financial reporting, as well as working with women to develop their leadership capability. She has published extensively in academic journals in these areas, has been awarded several teaching awards and has been successful in attracting research funding from grant agencies and industry partners. Deborah is a director of the Australian Institute of Intergenerational Practice (AIIP) and of the Gold Coast Eisteddfod Foundation, a member of AICD and is fellow of CAANZ. 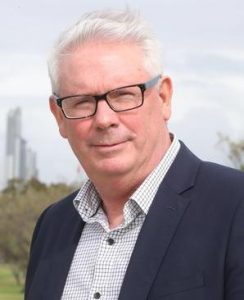 Geoff has practiced as a lawyer in the City of Gold Coast for over 40 years, a partner, and an in-house corporate lawyer for one of Australia’s largest privately-owned Companies.

He is member of the Australian Institute of Company Directors and the current Chairman of Sports Gold Coast, a non-for-profit company established to harness the support of the local business community in the development, support and promotion of Gold Coast Sport.

Geoff has a long history supporting Gold Coast community projects and currently sits on the board of the Gold Coast Eisteddfod, Gold Coast Sporting Hall of Fame, Connecting Southern Coast and the Gold Coast Innovation Hub. 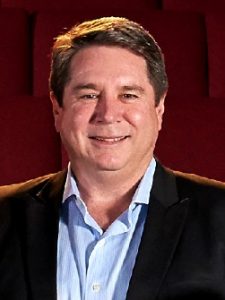 Richard Munro is currently a Director of Alternate Strategies and focuses on assisting business owners identify their strategic succession.

Richard has been involved in the accounting Industry on the Gold Coast for 30 years and have held numerous volunteer Directorship roles in both professional, sport and Not for Profit organisations including:

He enjoys contributing his experience to assist with the Gold Coast Eisteddfod Foundation to bring cultural youth development to community members and their families. 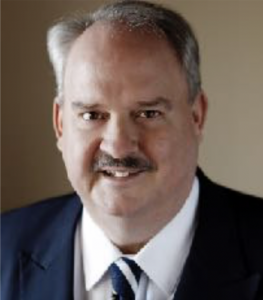 Nick Scott has spent thirty eight (38) years working in senior roles within the media; much of this time being based on the Gold Coast. He has held the positions of Director, Group General Manager, General Manager and National Sales and Marketing Director. Nick has retired from his full time position with Southern Cross Austereo; operators on the Gold Coast of television brands Southern Cross Ten, 11 and One as well as broadcasting stations 90.9 Sea FM and 92.5 Gold FM. His commitment to the industry has been evidenced by main Board positions with Commercial Radio Australia and membership of national industry bodies overseeing Regional Australia, Research and Sales/Marketing/Codes/Branding.

Nick owns and operates his own Business/Media Consultancy ‘TGM’; consulting to local, national and international organisations.

He holds a Bachelor of Education from the University of Tasmania.

Nick is a resident of Robina and is married to Irene. They have two (2) adult children Thomas and Sarah.